This article was originally posted on Seattle Education and re-posted here with permission from the author.  This is the final post of a three part series by Dora Taylor.  All content and posts on Stop Common Core in Washington State are also posted on a new website called The Parent Underground.  If you follow Stop Common Core in Washington State by email, it is recommended you sign up to follow The Parent Underground by email.  For the near future, articles and information will be posted to both sites.  Eventually, new posts will be made to The Underground Parent only.

This is the third and final post in the series.

Part 1: The endgame of corporate reform in public school education: What do Betsy DeVos and Seattle Public School’s IT Lead John Krull have in common? 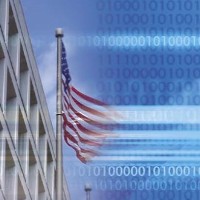 The Bill and Melinda Gates Foundation was a major contributor to the Aspen Institute’s National Commission on Social, Emotional, and Academic Development and in 2014, Bill Gates was also busy contributing to IMS Global.

In 1999, just as cloud-based computing was coming onto the scene, President Bill Clinton signed Executive Order 13111 and created the Advanced Distributed Learning Initiative or ADL with the purpose of oversight, research, and development of online learning.

ADL is located within the U.S. Department of Defense and was initially used by the National Guard for electronic learning and training.

In 2011 ADL developed software that could track a student’s activities while using a computer. The program was called xAPI or Tin Can API. The original version of Tin Can API was part of a research project commissioned by ADL.

The Tin Can API (sometimes known as the Experience API or xAPI) is a brand new specification for learning technology that makes it possible to collect data about the wide range of experiences a person has (online and offline). This API captures data in a consistent format about a person or group’s activities from many technologies. Very different systems are able to securely communicate by capturing and sharing this stream of activities using Tin Can’s simple vocabulary.

Now we are back to the notion of “anytime, anywhere” education making it easy to plug into a gig economy of piece work employment without benefits as explained by Carolyn Leith in her article “Learning is Earning” the Rand Corporation way with digital badges and Edublocks.

This is where IMS comes into the picture.

IMS Global is a non-profit member collaborative inventing the future of educational and learning technology.  IMS enables a plug & play architecture and ecosystem that provides a foundation on which innovative products are rapidly deployed and work together. IMS suppliers are the market leaders in innovation. IMS institutions are getting to the future of digital learning faster.

IMS established the IMS Digital Credentialing Initiative providing “digital badges” to signify work accomplished by students as they are taught and assessed by a computer.

These badges can be used by companies to access a job applicant before an interview to see not only what they have purportedly learned but also their emotional and psychological makeup.

Per the article How exactly did the Department of Defense end up in my child’s classroom? , in the 1990’s:

…IMS Global began to advance implementation of e-learning systems. This non-profit began as a higher education trade group and now has over 150 contributing members, including IBM, Microsoft, Oracle, and Pearson, and hundreds upon hundreds of affiliated companies and institutions that use its open source specifications. The Gates Foundation is a platinum level sponsor of four major IMS Global initiatives.

IMS partnered with the Department of Defense on various projects including with Learning Management Systems “to track information about the learner’s experience with learning content”.

In 2002, IMS partnered with the Department of Defense division ADL. The goal of the partnership was basically, and in layman’s terms, to keep a student on a fixed set of learning paths of classwork and assessments and also allow a student to bookmark their progress when taking breaks. This software is called Sharable Content Object Reference Model (SCORM). SCORM is a set of specifications based on an Initiative from the Office of the US Secretary of Defense.

SCORM can be used in conjunction with Dreambox, another start-up funded by Bill Gates that provides software lessons in math for grades kindergarten through 8th grade. With Dreambox, a student receives tokens as prizes for answering questions correctly.

The Office of Naval Research rewarded a contract in 2014 for:

OurSpace project will be designed to capture the imagination of children while embracing modern educational research on learning progressions, gender and gaming, and social emotinal learning.  The project is designed to engage students, teachers, and families.  It is a multi-student online learning environment, populated with an ever-expanding variety of games using and educational game authoring toolkit that lets students and teachers create their own future and have learning tailored to their chosen field.

Now that lessons are online using videos and video games to keep a child’s attention, people owning businesses like Facebook’s Mark Zuckerberg and Jeff Bezos, owner of Amazon, are jumping on the gravy train. Zuckerberg and his wife set up the Chan Zuckerberg Initiative which Zuckerberg describes in a Facebook post, the “education initiative would focus on “personalized learning” — the idea of using various technologies to help students customize their educational pathways”. Jeff Bezos’ Amazon developed “Inspire”, a platform that “works like a search engine for educational videos, lesson plans and games”.

The same people who are selling software to school districts so students can learn “anywhere, anytime” and be assessed using markers for academic performance and their emotional state, also espouse the importance of “21st century skills” which they describe as:

I’m not sure where these ideals fit for children who work in isolation in front of a computer six to eight hours a day working on prescribed lesson plans with online tutors but I suppose that is not for public school students to concern themselves with.

This is a cautionary tale.

We are being sold on the idea of a golden key that, even though it will cost school districts millions of dollars, will open the door to learning for all students using packaged programs and assessments, but don’t be fooled, there is not only a monetary price to be paid.

Your child’s privacy will be lost and their information sold to the highest bidder. Your student will not receive a well-rounded education and the promise of a “career ready” curriculum will more than likely land your child a contract job with no benefits and no future.

This vision benefits the few with little interest in helping the many.

Alison McDowell breaks it down further in her video about the DOD and public education.