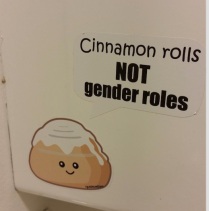 Washington is going to teach gender identity and gender expression to elementary students. They were aware of the new WA 2016 Health and Physical Education K-12 Learning Standards. These folks are probably more aware than WA citizens since there has been little publicity about these standards in the state. At the time of this posting, OSPI has not produced a press release or any other public announcement about these standards. If you are like me, you might wonder why. Would it have anything to do with the controversy that may surround these standards?

State Superintendent of Public Instruction Randy Dorn adopted and signed off on this set of standards on March 25, 2016. These standards are to be used by school districts in the fall of 2017.

So let’s entertain the question. Is Washington state going to require the teaching of gender identity and gender expression to elementary students? Some will say yes and some will say no. You answer for yourself after careful consideration or simply go along with what the state says. There certainly are a number of things to consider. Let’s start first by considering the standards themselves. The standards in question are in the Health Education Core Idea of Sexual Health under the topic of Self-Identity.

Kindergarten
-Understand there are many ways to express gender. H1.Se5.K

Grade 1
-Explain that there are many ways to express gender. H1.Se5.1

Grade 3
-Explain that gender roles can vary considerably. H1.Se5.3a
-Understand importance of treating others with respect regarding gender identity. H1.Se5.3b

Grade 6
-Understand the range of gender roles, identity, and expression across cultures. H2.Se3.6

standard repeats itself and could be shortened to read: “Understand importance of treating others with respect.” And the grade 4 standard: “Demonstrate ways to show respect for all people.”

I am not going to go through each standard to analyze or comment on each one. These standards expose (pun intended) students to ideas, concepts, roles, sexual orientation, and gender expressions by the end of fifth grade that some would say have no place in the schools. Many would say these are the responsibility of the parents to address as they see fit according to the parent/family religious, moral, values, and positions on related health care issues.

Apparently the concepts related to gender identity are more important than many science concepts and more important than teaching the standard algorithm for addition and subtraction in second grade (where it belongs rather than delaying it until fourth grade).  Our system is now flipped.  Our schools are teaching the things that used to be taboo in the schools—social emotional learning, sex education, self-identity, values clarification, etc.  This is crowding out and taking time away from academics, which is either inadequately being addressed at school or left to be taken care of at home.

“State learning standards are the required elements of instruction,” said Olson. “Outcomes provide the specificity to support school districts in meeting each standard in each grade level.”

Here is where OSPI is trying to hide: by stating that curricula are determined by the local school districts, which is true, they are deflecting attention from the fact that all public school districts must use OSPI’s standards and outcomes to determine what to teach students.

The Daily Caller, in an article titled Washington State to Teach Transgenderism to Kindergartners, has quoted OSPI spokesperson Nathan Olson.

OSPI denied that the state intends to force a set of beliefs upon its students.

“Standards help students become familiar with concepts that education experts feel are essential for all students to know,” Olson said. “Standards are not used to impose belief systems.”

Olson said that the decision to implement specific “learning outcomes” lies with individual districts. Districts can craft their own curriculums, he said, as long as they “align with state learning standards.”

A lot of this comes down to semantics.  OSPI and others play fancy word games to confuse parents and the public.  Snopes say that “No part of the document suggests that children in Kindergarten will be taught about transgender issues.”

The Kindergarten standard says: “Understand there are many ways to express gender.”  How do you get kindergartners to understand ways to express gender without teaching about gender issues, which include transgender issues?  In the standards document there is a glossary. If you follow the connections in the glossary you go from gender to gender identity to transgender. A bullet point under the definition of Gender says: Gender identity. Someone’s inner sense of their gender (see Transgender). When we see Transgender, it is defined as: A broad term describing people whose gender expression is nonconforming and/or whose gender identity is different from the gender they were assigned at birth.

So let’s go back to the original question. Is Washington state going to require the teaching of gender identity and gender expression to elementary students? Answer the question for yourself. Of course, it is understood that your answer may depend on who or what you self-identify with/as today. Isn’t it now a civil right to identify as whomever or whatever you wish, and act accordingly, even if it violates the civil rights of others?